The book describes the colorful and exciting history of flight and the stories of flying from Písek. Beyond the airport in Krašovice readers will also discover the tales of Vít Fučík Kudlička, the first airman, and also the pioneers of Czech powered flight like Ing. Jan Kašpar and Eugen Čihák, his cousin. The book also offers stories of forgotten aviators like Jan Hirsch. It presents the fate of two World War I pilots, Jan Polívka and Rudolf Vaníček, as well as the British Royal Air Force pilots Miroslav Plecitý and Rudolf Procházka. All of them were born in Písek and their life stories, which mirror the history of Czechoslovakia, should be remembered. Three chapters are devoted to the events of the Second World War and the activities of the German and Allied Air Forces. The chapters regarding flying in Písek describe the Masaryk Aviation League and, after the Second World War, all the organisations that contributed to the building of Krašovice airport - the Czech National Aero Club, Doslet and Svazarm. However, Krašovice airport did not serve civilian flights for a long period, because in 1965 it was taken over by the army. First, a helicopter squadron was stationed here, and after a break, when it served the purposes of the liaison regiment, one of the two squadrons of unmanned VR-3 Rejs reconnaissance vehicles was stationed here. Since the mid-1990s, the Czech Army had no use for this airport. Its first private owner was the Fantasy Air company, which used to fly ultralight aircraft here. Since 2019, the current owner of Krašovice Airport is Primoco UAV SE, which has been testing the Primoco UAV One 150 unmanned aerial vehicles at the airport. The company has several world records to its credit. Flying has not disappeared from the life of Písek! 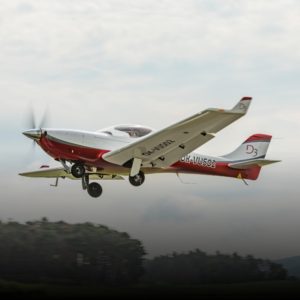 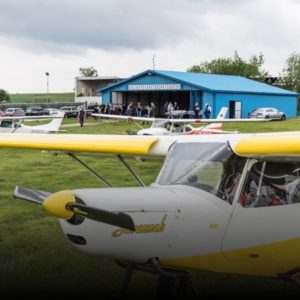